Day off in the sunshine

Yesterday saw the warmest and sunniest day of the year so far for Mull and I was lucky enough to have a day off. Deciding to forgo the usual mundane day-off tasks, we decided to get out and enjoy the sunshine. Having heard about the Pied-Billed Grebe seen in Salen Bay and not yet having had a chance to go looking for it we headed off in the glorious spring sunshine. Even before we had reached Salen I had seen my first Swallow of the year; during the winter months I always forget how fond of these summer visitors I am! We then stopped at the old boats on Salen shore and had a walk down to the edge of the water. 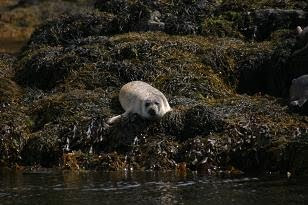 There was no sign of the Grebe but we saw a good number of Common Seals hauled out on the rocks enjoying the sunshine, along with Oystercatchers noisily making their presence known, a couple of Red Breasted Merganser, Curlew, Greylag Geese and a single Mute Swan. We had a wander along the shore and saw a number of Buzzards soaring above us and heard at least two Willow Warblers singing from the bare branches, but even with no leaves they were impossible to see. Just as we were about to head back to the car, another bird came towards us, even from a distance you could tell it was something different and as it came closer and flew over our heads I instantly saw that it was an Osprey. This is a bird that whilst not common, is a summer visitor to the island and despite having seen them elsewhere this is my first sighting on Mull. 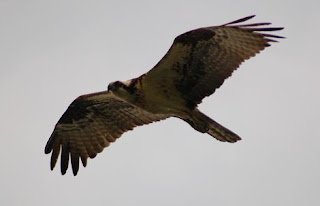 Unfortunately this isn’t a picture I took but from http://www.edupic.net/predator.htm 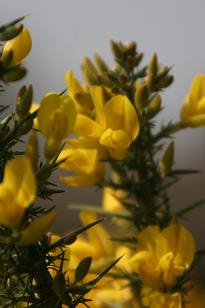 After this we started to head home, but with the lovely spring sunshine still beating down on us we decided to have another stop by Aros Bridge, this is where I had spotted the Swallows on the way down and is a notoriously good spot for Dippers. Again the Swallows were seen, but no Dipper today, however it was lovely just to be outside, enjoying the bird song from the Chaffinches and Blue Tits amongst others. It was also lovely to see the bright yellow flowers of the Gorse and the Daffodils as well as hearing the young lambs call to their mothers in the field.

All of these sightings mean it has been a fantastic start to the season and long may it continue.
Posted by Explore Mull at 07:33